A couple of years ago, Green Cola was introduced to the market by a group of entrepreneurs who wanted to offer a refreshing drink made from natural products. The objective? To cater to a target market that is searching for a healthy drink that also tastes good, a target market that wants to take better care of themselves without sacrificing enjoyment.

In Spain, Green Cola is considered to be “the only soft drink with zero calories, sweetened with the natural sweetener stevia and without aspartame”. That is why it was chosen by consumers as “Product of the Year 2018”.

The brand chose Cool Tabs as a social media platform in order to publicise itself and thus boost the growth of its digital audience. We wanted to know more about their experience with the campaign and so we spoke with Eduardo González, a member of the digital marketing team of Lanalden, the agency responsible for Green Cola’s strategy.

Green Cola, a brand that was already established and embraced in foreign markets, arrived in Spain with the intention of catering for consumers who were looking for a beverage which was healthy and rich in flavour.

The brand was brave to take on a new venture in a sector which already featured very strong brands with many fans, such as Coca Cola. However, starting from scratch on social networks is not so bad. In fact, it has several advantages, such as learning in depth about the tastes of your buyer through the capture of qualified leads.

They were clear that what they wanted to convey was Green Cola’s major distinguishing feature when compared with other soft drinks: “it is a product which is naturally sweetened with stevia, which has zero calories and a great taste”. They succeeded! 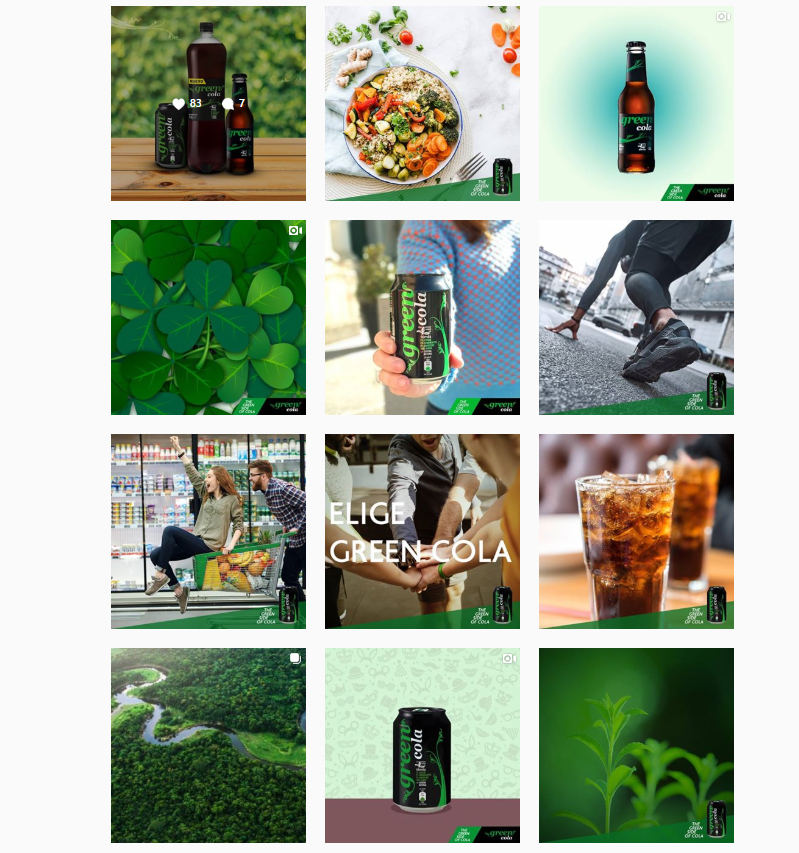 Campaign: Become a fan of Green Cola on social networks

To boost their strategy, the capture of leads, and to achieve more quickly an increase in their follower numbers on social media, Green Cola chose to run a campaign with our platform, Cool Tabs.

In order to be able to create a community around the product, they had to somehow get a large number of followers, as well as a database of potential customers so as to be able to learn more about them and thus cater for their needs through trials of the soft drink.

The target market for this refreshing drink is on social networks and so they needed a platform which specialises in promotions in the world of social media. They wanted to run a campaign to arouse interest and achieve customer loyalty.

The dynamics of the campaign were very simple. The steps that participants had to follow were the following:

The fact that the campaign was short was a point in favour for Green Cola because users didn’t have to spend too much time on it. Also, the questions were pretty simple to answer.

Moreover, to boost the dissemination and reach of the campaign, paid ads were chosen on the three social networks where they wanted to increase the presence of the soft drink: Facebook, Instagram and Twitter.

According to Eduardo González, one of Green Cola’s main ongoing strategies is the creation of quality content for social networks, which is reinforced with paid campaigns in order to achieve “sustainable growth of the Green Cola community month by month”. They complement this with organic posts that convey the “brand values”, as well as posts about the product’s points of sale, answering one of their user’s most frequent enquiries. They have also carried out actions with influencers.

In this case, campaigns such as this one which are based on competitions and a draw play a very important role in reinforcing Inbound Marketing. “The competitions allow us to attract the attention of our target very quickly,” says Eduardo González, who also highlights the importance of there being a connection between the brand and the prize offered.

Lanalden points out that When launching this type of campaign, it is very important that the content is “aesthetically attractive, that it is linked to the brand and in a format that works with our audience.” In addition, thanks to the launch of campaigns on social networks, Lanalden have managed to improve their CPC and CPM and redefine the public to be targeted with each action.

Keys to the success of the Green Cola campaign

If your product is a drink and you want to be successful on social networks like Green Cola, pay close attention to the following points:

Cool Tabs is a tool that complements perfectly the digital strategy we conduct with Green Cola. Its technical service is essential to us for any kind of query during the creation of digital advertising campaigns. In addition, we highlight that as a tool it is very intuitive  and can be integrated with a large number of social networks.

Do you have a new brand? Do you want to know how to introduce it and succeed on social networks? Launch a campaign with Cool Tabs! >>

And have look at other Case Studies >>